LONDON. 30 September 2019 habeshaview TV presents the International Premiere of ‘Enchained’ (Quragaye) a Moges Tafesse Film. Lovers of Ethiopian movies will get a chance to catch ‘Enchained’ one of the most anticipated Ethiopian movies of 2019. On Saturday 19th October at Rich Mix Cinema London.

Having made its debut in Ethiopia to great review in December 2018 we are thrilled to bring the winner of Alem Cinema’s Best Film Category Award 2019 to UK screens to a star studded red carpet event.

Written and Directed by Director Moges Tafesse. The cast includes

In Ethiopia, “kolo temari” (wandering student) Gobeze is caught red-handed and in bed with Aleme, the wife of the temperamental landlord Gonite.

Neighbors halt the ensuing fight and an elder binds together the two men’s clothes, symbolically chaining them together in the traditional judicial process of “Atse Sirat”, and tells them to stand trial in the queen’s court. Meanwhile, with the sudden death of the Emperor Minilik, Queen of Kings, Zewditu Minilik, is crowned queen.

“Enchained” during their long journey, the two men traverse a number of challenges including keeping each other safe so that the experienced litigator Gonite and the inexperienced student Gobeze can stand trial before the new ruler, Queen Zewditu, and be vindicated.

The film attempts to illustrate the rift between the old oral all-encompassing system (which includes not just legal process but also social life, culture and politics) and modus operandi of law and the current confusion of law and justice within the current generation. The film also endeavors to show how the old generation was enlightened in its own way while the modern generation is only enlightened to western thoughts and undermines its own heritage. Hence, it is also a call to remember and appreciate the past in order to move forward. 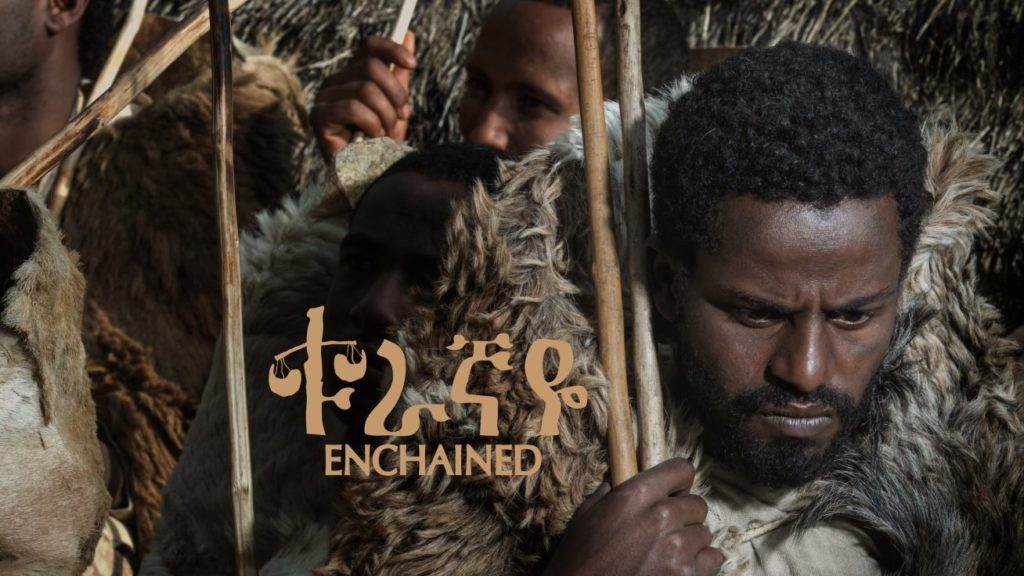 Find out in what happens in Enchained on Saturday, 19th October at Rich Mix, London.

‘We are delighted to bring Enchained to the UK for its international premiere’, states habeshaview Founder, Tigist Kebede.

Publication View all posts by Uneek24